The Registration for the symposium has closed. However, for late comers or everyone, who does not want to miss our exciting event, but has limited time, we offer a day rate:

(the student rate remains the same, as it is already heavily subsidised.)

To register for the day rate click the button below:

Following, you can find some final and additional information and one last reminder: 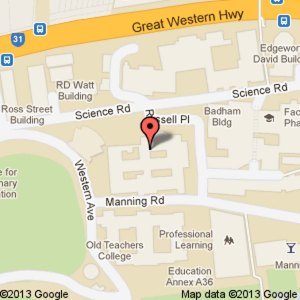 Registration will close on Monday 10, at 23.59pm. To register you can click on the tab “registration” on top of the page or the button on the right panel.

The fee categories are as follows:

To register click the button on the right pane or click the tab on top of the page to get to our registration page, which contains all information you need.

To get a better idea on what topics and themes are being presented and discussed, feel free to browse the list of abstracts, sorted alphabetically by author and click here.

The enigma of a watershed in resource contestation

Who, what and how? Examining how youth party drug use is co-­‐produced by a diverse range of actors

Nature as History: Moscovici and the Aboriginalists

Cosmopolitics, neoliberalism and capitalist earth-beings: Some reflections before we go (even further away) beyond ‘modern politics’

Encountering Animals through a cross-cultural lens

We Are Human. Detained refugees struggle for recognition as human.

Post-Geertzian anthropology as a vocation: Ruling illusions and making the difference

Cosmological metamorphosis and the individual’s universe: ayahuasca healing in the Amazon and Australia

Alcohol: Ethnography of an Actant

Images and power: race and the civil imagination in Indonesia

Differing the anthropos: towards an an anthro-de-centred anthropology

A new turn in a post-human world: Cross-species disease transmission

The constitutive role of language in sociality

Agency and consciousness: Mana’uhakapiri on Rapanui

Walking which way? The displaced story of ‘minimal’ impact bushwalking in Australia.

The Show Must Go On: A Functional Analysis of Selected Jewish Religious Practices as Mediators of Cultural Transmission

What Would a Man Be Without an Elephant, a Cat, a Lily…, or Strudel?

Biology and Anthropology: Amazonia, Aboriginal Australia and ‘The West’

Fattening Ontologies in the Field

Pigeons, post-colonialism and the struggle for life in the city

Life in the Age of Cyborgs – or, the political production of post-humans

What the world eats: Rethinking oikos as a feature of human species being

Uncertain Human: the role of the non-human in producing knowledge

Where dogs reign: relations of subordination, degradation and admiration

Nature, Culture, Tourism (maybe), but No Gas: An Environmental Ethnography of Conflicts over Country on the Kimberley Coast

Below you can find our DRAFT Program to download. Please note that this is not the final version, which we will post as soon as it is finalised, but the file will give you an insight into the exciting and intriguing topics raised at this symposium.

Today is the final day of the early bird registration. From tomorrow the standard rates are valid:

A Post-Human World? Rethinking Anthropology and the Human Condition

The University of Sydney Department of Anthropology will host a symposium on 13-14 June 2013 which will examine and debate the latent assumptions about humans and the human animal that underlie our research and thinking as anthropologists. We welcome submissions from everyone in anthropology and related fields. Check out our CFP here. The symposium distinguished lectures will be given by Marianne Lien, Professor of social anthropology at the University of Oslo and Nikolas Kompridis, Professorial Fellow in the School of Humanities & Communication Arts at the University of Western Sydney. You can register for the conference online here. The deadline for abstracts is March 15. Send your proposals to Ryan Schram (ryan.schram [at] sydney.edu.au) along with any questions or feedback.

The deadline to submit an abstract for the symposium has been extended until 15 March 2013. Please send your proposed paper title and abstract of 250 words to co-organizer Ryan Schram at ryan.schram (at) sydney.edu.au. We look forward to hearing from you.

This year’s symposium dinner will be at

Set in a beautiful historic sandstone building, and set back from Glebe Point Road, inner city Sydney with a large courtyard and beautiful fountain, Fountain 77 is a great place to relax and enjoy a great Italian meal, or drinks from the bar.

Fountain 77 has an extensive menu including home made gluten free pizza and pasta and a great selection of vegetarian options and are happy to cater to your dietary requirements.

The dinner costs are AUD 55.00 for fully waged and concession rates and AUD 35.00 for students. To book the dinner with your registration  go to the registration page.

We have now opened the registration for the RAHC Symposium.

Please find the categories below. To register online, click on the tab registration on the top of the page.

Registration does not include accommodation and /or travel costs.

Welcome to the webpage of the 2013 Sydney Anthropology Symposium:

Rethinking Anthropology and the Human Condition

The University of Sydney

Department of Anthropology at the University of Sydney

School of Social and Political Sciences

Faculty of Arts and Social Sciences

In the next couple of days we will populate this page with the Call for Papers, important deadlines and how and till when to send paper submissions. So come back and check it out.